Casa Verde, the two-acre Ojai spread that Otis Bradley and his family call home, is more than a play on words. Its name is a nod to the custom homebuilder’s passion for efficiency. The 3400-square-foot contemporary completed in 2008 is a result of Bradley’s determination to build an ecologically sound home, in keeping with his family’s laidback lifestyle.

The first order of business for Bradley was to study the property’s sun patterns using computer models, with the goal of creating constant shade. To maximize efficiency, he avoided the traditional south-facing passive-solar requirement and shifted the house 45 degrees. “We have a sun that rises a little later because of the mountains and stays up higher and hotter to the west, so we tweaked the building’s orientation,” he explains. And with the big, shading roof’s job as the primary cooling feature working in tandem with the fiberglass clad windows perfectly oriented to capture the valley’s prevailing winds, the Bradleys have yet to pay more than 80 dollars for an electric bill. Even during Ojai’s searing hot summer with all six super efficient air conditioning units blasting away.

Next was a focus on the structure itself. Bradley calculated ways to expose the underlying structure where possible, eliminating the need for much of the budget-busting extraneous final finishes. The result is an open, contemporary home with exposed steel, a Cherokee Red retaining wall doubling as interior bedroom wall, and a concrete slab serving as finished floor. Indeed, the integrally colored, thick concrete slab was wet scored by hand, giving the otherwise stark cement a surprisingly warm feel.

Efficiency aside, the contemporary style isn’t everyone’s cup of tea. “People love it or hate it,” says Bradley. A drive through the neighborhood reveals a mix of bungalow, Mediterranean, and contemporary homes. Casa Verde is the undeniable standout. Subdivided from a neighbor’s larger parcel, Bradley built a second dwelling over four garages at the opposite end of the driveway. Paths are fashioned from urban crete, a mix of used, broken concrete repurposed rather than dumped in a landfill.

To explain its open layout, Bradley says that bucking the trend is elusive. “As a builder, I always ask, ‘If you could do anything you wanted with a house, what would you build?’ Almost everyone says they’d like a big, open loft-like space with a combination kitchen and family room. And yet almost everyone builds a traditional home: square, living room on the right, dining room on the left, kitchen behind that. But we wanted to build that house. The one that would work for the way we live and also integrate into the arid Ojai setting.”

And so he set out to design and build the super efficient “green” contemporary he lives in today. Bradley accomplished an open floor plan within what is essentially a giant rectangle. The lower floor houses his two teenage children, each with an equal size bedroom and bathroom on opposing ends. In between, rolling repurposed doors open wide to reveal a lounging area and bunk/guest room, creating flow and allowing light to penetrate.

Upstairs, an oversized great room—kitchen, dining area, and seating area combo—is the family’s hub, a place to rewind and reconnect. Here, with its whitewashed vaulted wood ceiling and deep blue floors, Bradley’s integration of structural steel is most striking. The reasonably proportioned master bedroom and bathroom are tucked off to the side. An additional 500-square-foot Trex deck wraps around the front and sides of the building, extending the living area.

A keen observer, he was aware that the cool, commercial feel of exposed surfaces can be overkill. To tone it down he used a recurring golden-hued maple theme throughout the house, pairing steel work with the warmer maple in the mantelpiece, kitchen island, stairway banister, and even in the custom-made dinner table on wheels. East Coast influences such as patterned wood panels in the front hall, wood trim around windows, and a muted color scheme keep the home feeling warm.

The newly installed landscape—heat-tolerant natives with local boulders tossed about—there are no hints that less is more in this flourishing front yard. Moreover, the property has no sprinkler system, and the only plants on the receiving end of the property’s single hose are the few potted plants on the porch. As for that magnificent stand of olive trees running down the back of the property, local lore has them at several hundred years old, part of a larger grove of olives planted and managed by missionaries.

Today Bradley is working his magic on a French provincial up on Ojai’s Sulphur Mountain. And, of course, eyeing the latest and greatest in super high efficiency construction tools and techniques. It’s anyone’s guess what new tricks are up this cutting-edge builder’s sleeve. 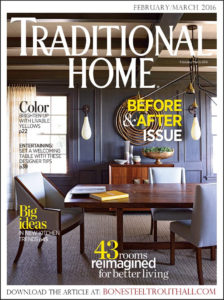 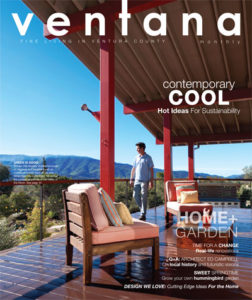 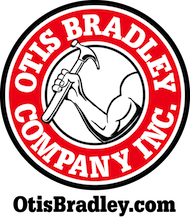 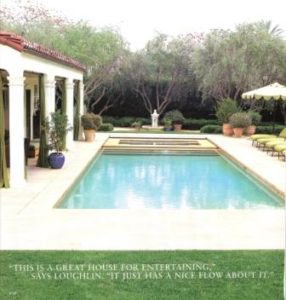